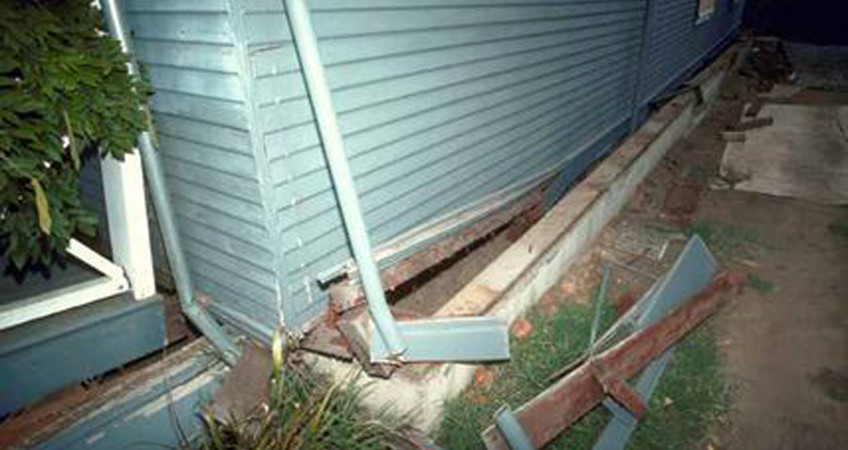 Anchorage is the connection between the wood sill plate and the concrete or masonry foundation. Anchor bolts are most commonly used to resist sliding across wood framing and the foundation. Without proper anchorage, the structure is vulnerable to slide relative to the foundation. Inadequate anchorage is one of the most commonly seen failures. It is fairly inexpensive to install anchor bolts or provide retrofit anchors and its benefits far outweigh its cost. 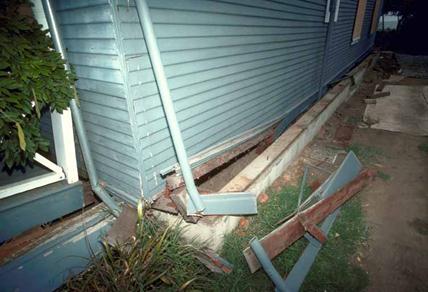 Cripple walls are located around the building perimeter and span between the foundation and floor framing. Cripple walls are considered shear walls and need to be designed to resist lateral loads. Inadequate shear plywood can result in failure and dwellings can fall off of the foundation and/or collapse. Cripple walls, until recent building codes, weren’t required to have plywood sheathing. These failures are one of the most common occurring in moderate to major earthquake prone areas. 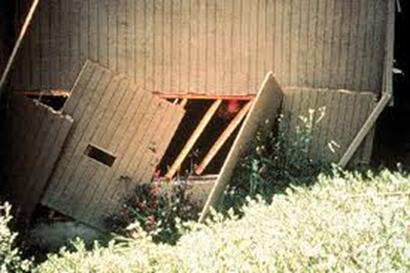 Unreinforced masonry chimneys are very vulnerable in moderate to high seismic areas. Chimneys are typically tall and have a high tendency to collapse during seismic activity. It is important to properly anchor the chimney to the roof. Using a light-frame wood box in place of the masonry above the roof line is a common solution to this problem. 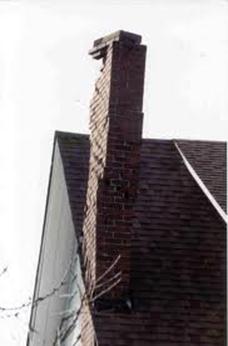 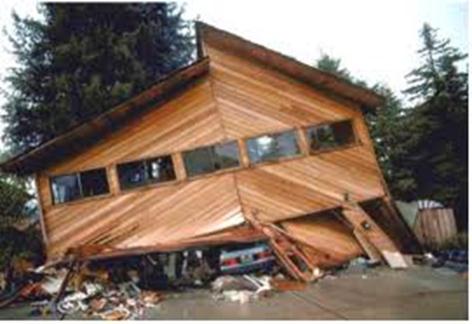 Spilt level dwellings typically share a common wall. The floor framing for multiple dwellings are supported by a common wall, but have a difference in elevation. This becomes a problem since the floor offset doesn’t allow for a direct tension tie between levels. The walls then have to be designed to span to its respective diaphragm. If this issue isn’t properly addressed one portion of the building has the tendency to detach from the common wall permitting a collapse of the structure. Damages that were a result of this issue commonly occurred during the San Fernando earthquake of 1971. 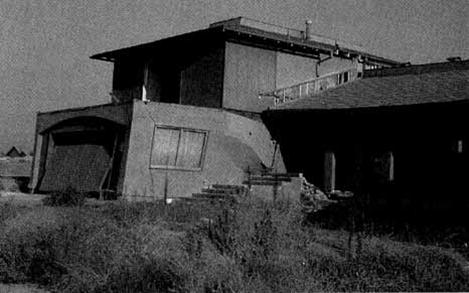 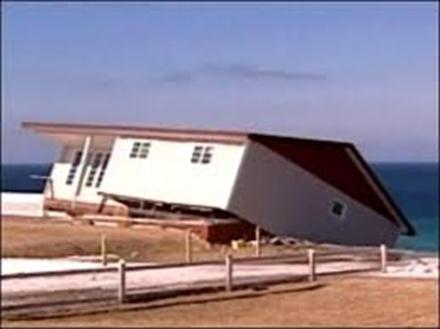 Walls with inadequate shear wall lengths result in failures due to in-plane loading. This is commonly seen in dwellings with multiple openings on one side with very little room for shear walls. Shear walls with this condition need to be properly detailed and designed by a structural engineer. It is imperative to provided sufficient shear plywood, anchor bolts and tie-downs to avoid damage to the structure. 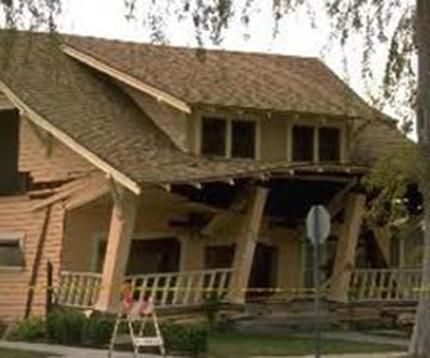 H-Post Attachment at Top and Bottom

Dwellings that are supported by posts need to be properly analyzed and designed to resist seismic loads. A properly designed system will allow the post to move with the dwelling and stay attached to the beam thus avoiding a collapse of the structure. Posts need to be sufficiently anchored to beams in all directions. Post connections should be corrosive resistant if exposed to weathering. 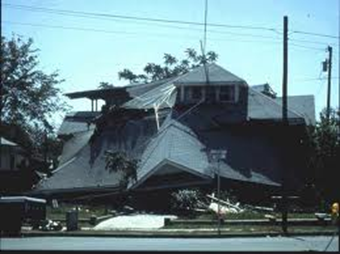 Decks, stairs, and roofs should be anchored directly to the framing of the main dwelling. Typically deck framing and similar structures are attached by the use of nails or lag bolts, which provide poor seismic resistance. The use of hold-downs and similar tension anchors that are directly attached to the framing members help alleviate the possibility of the framing detaching from the structure and collapsing. 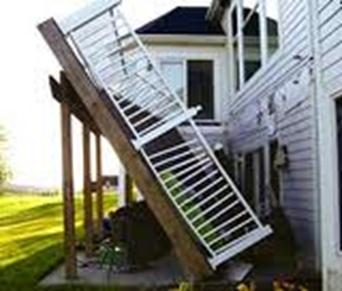 This issue pertains to the insufficient anchorage of stone or masonry veneer to the wood framed wall system. There were no code requirements for veneer anchorage until very recently. So it is unlikely that older dwellings were designed with sufficient anchorage. Unanchored veneer can separate from the framing during an earthquake and fall from the house. Where this problem poses a low safety hazard it may be left and replaced after the earthquake. Where it poses a high safety hazard the veneer must be removed and replaced with proper anchorage to the substructure. 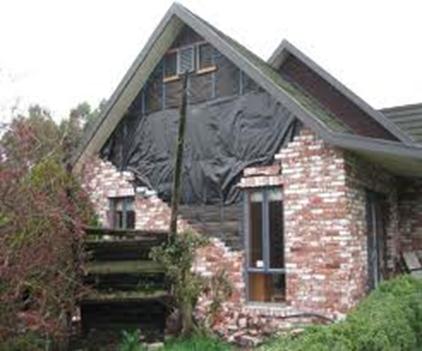 Water heaters in older homes are typically installed with little or no seismic bracing. This should be a top priority for seismic rehabilitation. Water heaters can shift or even tip over during an earthquake which could result in major water damage or even fire. Major fires have occurred by gas lines rupturing as a result this issue. It is important to properly brace the water heater to the wall and floor and providing flexible gas and water lines to help alleviate damage. 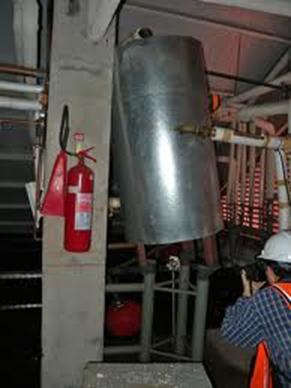